This is something of a detective story. To fully appreciate it, you first need to understand the importance of train connections and the impact of stereographs at the turn of the 20th century – and their place in Seaside’s history.

There was already a well-established tradition of families spending summers in Seaside to beat the heat of Portland and the valleys long before Highway 26 was constructed. Seaside’s depot was constructed in 1899 and, each Saturday morning, you could find families gathered to meet working fathers who arrived by train, spent the night, and then returned to the city again the following evening. Hence, the “daddy train” notion was born and that particular weekend service was widely known by its informal name. There are several nods to this tradition around town, including a remarkable mural in front of the museum.

Around the same time – in the late 1800s and early 1900s – there was a popular form of entertainment in which the public would immerse themselves in collections of 3D photographs using stereoscopes. The source material for these were called stereographs and consisted of two photo pairs taken from slightly different angles and placed side by side. The stereoscope combined the two into one scene for the viewer, lending the illusion of depth. Think of the magic feeling you got when looking into a ViewMaster as a child and you’ll have a good idea of the experience.

Much of the surviving stereograph collections in the world consist of scenic views and travel scenes. Back then, I imagine people would marvel at feeling transported somewhere else momentarily. Nowadays when looking into a 100-year-old stereoscope, we’re transported not only somewhere else but to some other time, as well, adding a new layer not available to the original audience. You’ve got to count your blessings where you find them.

Seaside would have had stereographs for viewing and for sale along Broadway, which was still known as Shell Road then. As an already-popular beach destination with rail connection to Astoria and Portland, Seaside would have also been well-represented in the stereograph archive. However, that turns out not to be the case exactly. Here’s where the detective story begins.

Circa 2012, back in another life, I collaborated with the New York Public Library on a web app called the Stereogranimator. This tool allowed users to transform historical stereographs from the library’s collection into shareable 3D web formats, either animated gifs or 3D anaglyphs. It proved wildly popular, earning coverage in places like the New York Times and going viral across the internet. That’s a story for another time. Suffice to say, this was an engaging way to repurpose historical photo archives in the modern age.

So, naturally, I went looking for original stereographs of Seaside when I arrived on the North Coast to live and work in 2018. This quest was both fun and frustrating.

While I highly recommend thumbing through the amazing photo archives at the Seaside Historical Society Museum, there were no surviving stereographs of Seaside to be found. Undeterred, I contacted the Clatsop County Historical Society to inquire about their archives and it turned out they had no Seaside stereographs on hand either. Had they all – each and every one – been lost to history?

Luckily for us, the answer is no. I had a contact at the Oregon Historical Society and, after some searching, it turned out they did indeed have two original stereographs of Seaside tucked away in storage out in Gresham. We were able to get them digitized thanks to Erin Brasell and Robert Warren of OHS.

And – wouldn’t you know it – the two scenes are about as iconic as you can get. One stereograph shows children among a crowd gathered for the famous “daddy train” at the Seaside depot around 1915. The other shows Ben Holladay’s Seaside House, the renowned resort that really started it all back in the 1870s. Both images will be turned into replica stereographs and donated to the museum.

Most importantly, though, I can sleep at night knowing we have at least a couple of these important historical items in our local collections. 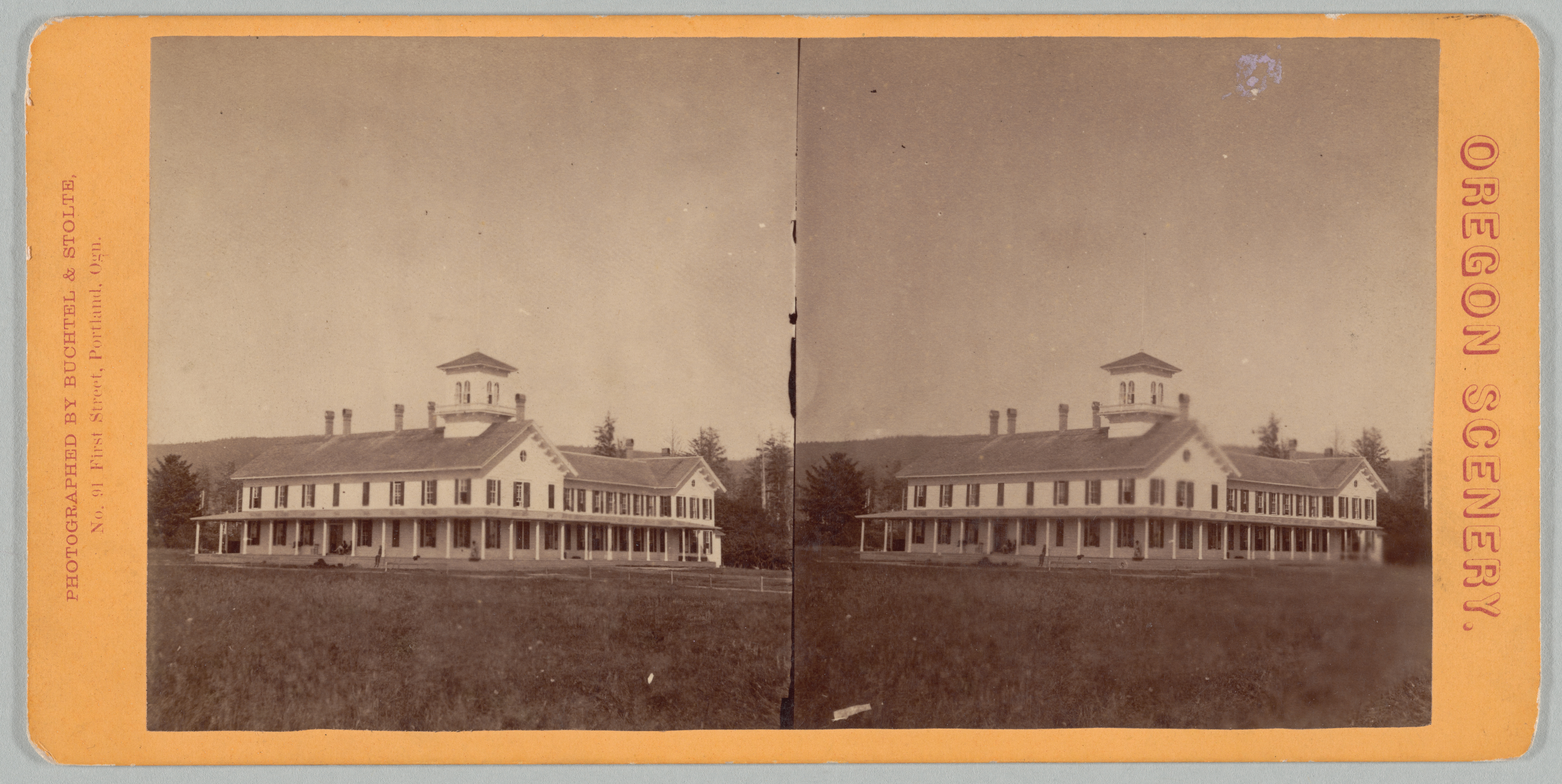 Experience the King Tides in Seaside

Seaside Cove in stormy conditions (photo by Don Frank) The King Tides are coming to Oregon. As one of the most popular and easily ...

Customer Service and the Bottom Line

As we prepare for a new year and our annual Customer Service Awards Program, we visit the question that most business owners are f...